Have you ever gone out to the bar with the intention to try a new beer and chickened out at the fear of not being satisfied? Us too, but don’t fret this blog will help you to never go with something safe again and provide you with the tools that will lead you to discovering your perfect beer (the one). Enough chit chat, let’s get started on our journey.

Ales are the oldest beers in the world, dating back to the fifth millennium BC.  These beers are fermented warm and made with top-fermenting yeast. During the fermenting process yeast rises to the top of the brew. This results in a more forceful and stronger flavor due to the relatively fast and warm fermentation of the yeast.  The best part brewed in as little as 7 days

Ales can be often been found being described as robust, hearty, bitter, citrusy and fruity.  Ales include amber ale, bitter, pale ale, India pale ale, Irish ale, barley wine, stouts, wheat beer,  porter etc. These ales are generally best consumed cool rather than cold and can be brewed in as little as 7 days.

Lagers are relatively new making their first appearance in the early 15th century. These beers are fermented with a bottom or cold-fermenting yeast that sick to the bottom of the brew during the fermentation process.  This results in a lighter, crisper, smooth, mellow, elegant, clean or carbonated flavored beer.

If you are a down-to-earth, logical, live outside the box, spur of the moment kind of person try a Budweiser 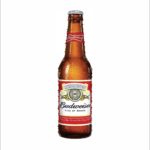 Are you energetic, fun, and the life of the party? Do you always find yourself befriending strangers? Corona might be the beer for you try it and don’t forget the lime.

Does driving luxury cars, fine dinning,  having the latest technology, and being known as the best dressed in the room, best

describe you? Enjoy a Heniken

Have you been described to be a nurturer and having a caring nature? If some of your favorite activities include family time, making people laugh and any sport that involves being by the water, Newcastle Brown Ale just may be your perfect match.